Nilan Chaudhuri has spent his entire life immersed in the tradition of Indian Classical Percussion. The son of Maestro Swapan Chaudhuri and a disciple of Ustad Ali Akbar Khan, Nilan received his first Tabla lesson from his father at the age of five.

Drawing inspiration from his father’s innovative and revolutionary approach to classical Tabla solo, Nilan was determined from a young age to be proficient as a soloist. He presented his first public Tabla solo at the age of eleven, at the Ali Akbar College of Music in San Rafael in the presence of Maestro Ali Akbar Khan. Within months of his first recital, sensing his passion and devotion to the art form, Nilan was accepted as a ganda bandan disciple of Khansahib’s and underwent the sacred ceremony in which the Guru ties a thread around the disciple’s hand, initiating a life long bond and blessing. Over the course of the next decade, Nilan would go on to lead the AACM youth Tabla Ensemble, performing various arrangements of his father’s compositions in ensemble format throughout the United States and India. It was during these formative years that Nilan was introduced to the world of Tabla accompaniment by Maestro Ali Akbar Khan, providing rhythmic support for his vocal and instrumental classes at the College.

As a teenager, Nilan was deeply inspired by the Jazz-fusion Band ‘Oregon’ a group spearheaded by his cousin, percussionist Colin Walcott, a student of Ustad Alla Rakha. The band’s music inspired Nilan to dive deeper into the world of rhythm, and in 2003 Nilan began studying the Drumset with legendary Bay Area soul drummer, Sly Randolph. He would go on to perform in Jazz Ensembles throughout High School and University, winning awards for his unique cross pollinations in eastern and western music – specifically his innate ability to transcribe Tabla rhythms, referred to as ‘Bols,’ to the Drumset.

In 2005, Nilan made his debut duet performance in concert with his Father and sarangi master, Ramesh Misra, in Queens, New York; Later that year, the duo would go on to perform for the momentous occasion of Basant Bahar’s 25th anniversary celebration.

For the last decade plus, Nilan has continued to perform as a Tabla soloist and accompanist. He has had the privilege and honor of sharing the stage with Hindustani Classical Music’s greatest treasures, such as maestros Alam Khan, Shujaat Khan, Ramesh Misra, and Amjad Ali Khansaib in a constantly growing list of prestigious venues, such as Carnegie Hall, The Fillmore, The Monterey Pop Festival, and The Fox Theater. His collaborations also include crossover work with celebrated artists, Arjun Verma, Manik Khan, Gaayatri Kaundinya, Jack Perla, The Toronto Tabla Ensemble, members of Brooklyn Raga Massive, Dennis Chambers, Miles Schon, and DJ Teeko. In addition to maintaining a busy performing schedule, Nilan teaches Tabla throughout the Bay Area as a faculty member at the Ali Akbar College of Music, and as the Director of Percussion at Chitresh Das Institute. It is his lifelong mission to maintain, preserve, and share the art of Indian Classical Music with the world. 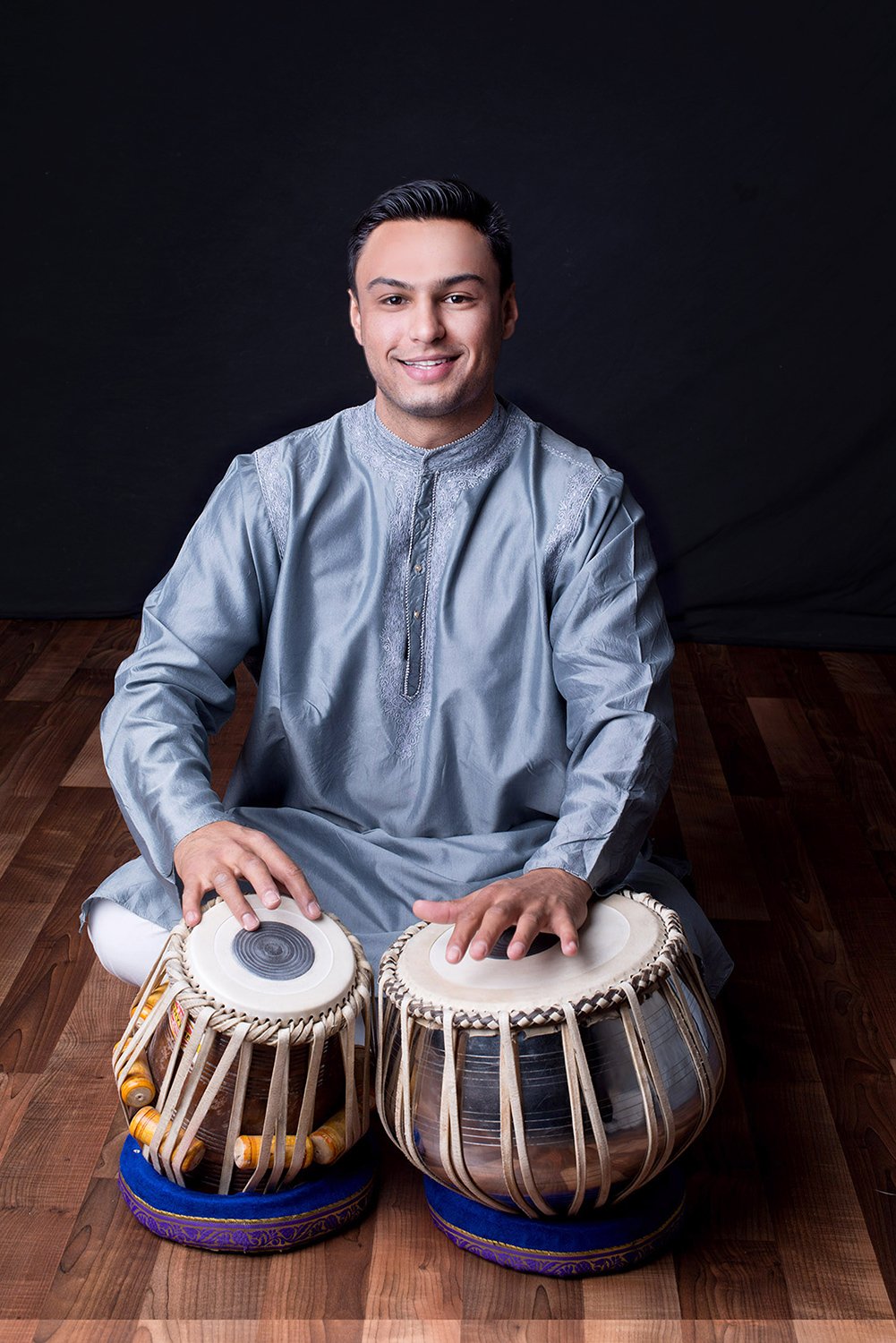