An October To Remember!

Friends, we cannot believe the outpouring of love and support we have received throughout these many months, and we continue to be overwhelmed with gratitude for everyone who has joined us. To honor Maestro Ali Akbar Khan for his 100th birthday is a privilege beyond words—and we have a very wonderful October concert for you this month to keep things going!

Our seventh concert of the year will take place on Saturday, October 22nd at 7:00 pm (worldwide). These online performances are a tribute to the life, teachings, and music of Maestro Khan, one of the greatest sarod players of our time. 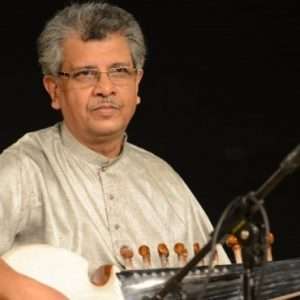 Pandit Narendra Nath Dhar is one of the finest exponents of the Seniya Gharana who is known for his innovative and refined style, as well as for upholding the traditional pattern of pure and untainted Ragdari. Born in Calcutta in 1954, Pandit Narendra received his initial training in sarod from his father, the late Shri Nemai Chand Dhar, who himself excelled in sarod playing. After the death of his father, Narendra came under the tutelage of Shri Samarendra Nath Sikdar, and later, under the late Pandit Radhika Mohan Maitra. The doyen of sarod played a crucial role in nurturing Narendra as one of the topmost sarod players of his generation. His musical prowess received a further honing under Ustad Amjad Ali Khan.

Shri Dhar has performed in almost all of the prestigious music conferences of India and has also toured abroad. A popular AIR and TV artist, he has captivated audiences all over the world with his exquisite command over the sarod and the melodious stream of notes that he creates. His elegant alap, colorful ekhara tans, exotic jhala and admirable control of tala and laya recall the great masters of this instrument.

The talent of Shri Dhar has been duly recognized over the years. In 1970, he was a prize winner in the All India Radio Music competition in instrumental music for the sarod. He was also awarded the National Scholarship from the Department of Culture, Govt. of India, for intensive training in Sarod from 1975 to 1978. In 1995, Shri Dhar was honored with the prestigious Naushad Award by the Government of Uttar Pradesh for his outstanding contribution in the field of instrumental music. In 2000, he was also awarded the Academy Award for his contribution in instrumental music by the U.P. Sangeet Natak Academy. Many recordings of Shri Dhar have also been released by different companies in India and abroad. 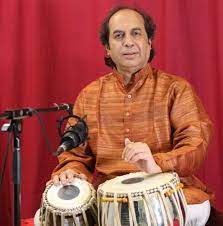 Pandit Arup Chattopadhyay is recognized as one of the most outstanding and sought-after tabla artists of this generation. He has established himself as a top-notch accompanist as well as a formidable soloist. Arup’s performances are admired for their exceptional tonal quality, clarity and deep compositional repertoire—all presented with an innate sense of rhythm and melody. Arup began learning tabla at age six from his father, the eminent tabla player, Pandit Pankaj Chattopadhyay. He then came under the tutelage of the world-renowned tabla maestro, Pandit Shankar Ghosh, and is one of his premier disciples. He was awarded Top-Grade by All India Radio and Television.

Arup is also a highly sought-after teacher and has been a visiting lecturer since 1999 with University of California, San Diego; and previously a professor of tabla at Baratiya Vidya Bhavan in London (Institute of Indian Culture). Arjun Verma was trained on sitar by the legendary Maestro Ali Akbar Khan and has spent his entire life steeped in the tradition of North Indian Classical Music. The son of internationally performing sitarist Roop Verma, who was a disciple of Ali Akbar Khan and Ravi Shankar, Arjun began learning sitar from his father at age five. After the Maestro’s passing, Arjun continues his training under the guidance of Ali Akbar Khan’s son, Alam Khan. Arjun has also received guidance from Smt. Annapurna Devi.

With over 25 years of performance experience at venues including the United Nations (Geneva), the Fillmore (San Francisco), Fox Theater (Oakland), Pattee Arena (Monterey), the New School (New York), Birmingham Museum of Art (Birmingham), Prague Castle (Prague), and NBC Bay Area television (San Jose), Arjun has emerged with a unique voice on the sitar—both within the tradition of North Indian Classical Music, and through his innovative cross-genre collaborations. 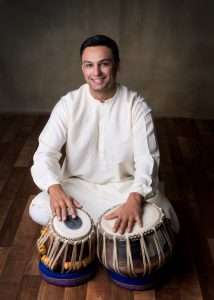 Nilan Chaudhuri is a Bay Area-based percussionist, educator, and performer. Initiated into the tradition of Indian Classical Music at the age of five by his father, Pandit Swapan Chaudhuri, Nilan has been performing as a tabla soloist and accompanist for nearly two decades. Prior to beginning his formal training with his father in 2000, Nilan studied tabla with Brad Van Cleve, Tim Witter, and Uttam Chakraborty, all of whom are senior disciples of his father.

Nilan presented his first public tabla recital at the age of eleven, at the Ali Akbar College of Music in San Rafael, in the presence of Maestro Ali Akbar Khansahib. It was during these formative years that Nilan was introduced to the world of tabla accompaniment by Maestro Ali Akbar Khan, providing rhythmic support for his vocal and instrumental classes at the college.

Since his debut performance in concert with his father in Queens, NY, in 2005, Nilan has had the privilege of sharing the stage with some of Hindustani Classical Music’s most celebrated artists, such as: Ustad Amjad Ali Khansahib, Ustad Shujaat Khan, Pt. Ramesh Misra, Pt. Debashish Bhattacharya, and Alam Khan. He has performed in venues such as: Carnegie Hall, The Fillmore, The Monterey Pop Festival, The Richmond Folk Festival, Fox Theater, The San Francisco War Memorial Opera House, and The Kennedy Center. 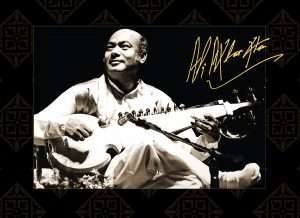