Manik Khan is the youngest son of the legendary maestro, Ustad Ali Akbar Khan. His life has been steeped in the ancient tradition of North Indian classical music since birth; his childhood was spent listening to his father in countless concerts, and attending his classes at the Ali Akbar College of Music.

He initially started studying Tabla under the tutelage of Pandit Swapan Chaudhuri, but wanting to follow in the footsteps of his family, began his formal training in the Sarod with his father at the age of 13. Manik spent his formative years accompanying his father and elder brother (Alam Khan) on stage, touring for the last decade of his father’s extensive performance career.

Alongside a solo concert career, he has worked with various ensembles to present his father’s music in a way that has seldom been heard before. This includes working with Bay Area schools to bring Indian Classical Music to their youth orchestras, and collaborating with conductor Michael Morgan and the Fremont Symphony Orchestra.

Manik resides in the San Francisco Bay Area, where he continues his musical studies with his elder brother. He currently is teaching at the Ali Akbar College of Music, and is working to preserve and continue his family’s legacy – helping to keep this tradition of India’s rich cultural history alive and flourishing. 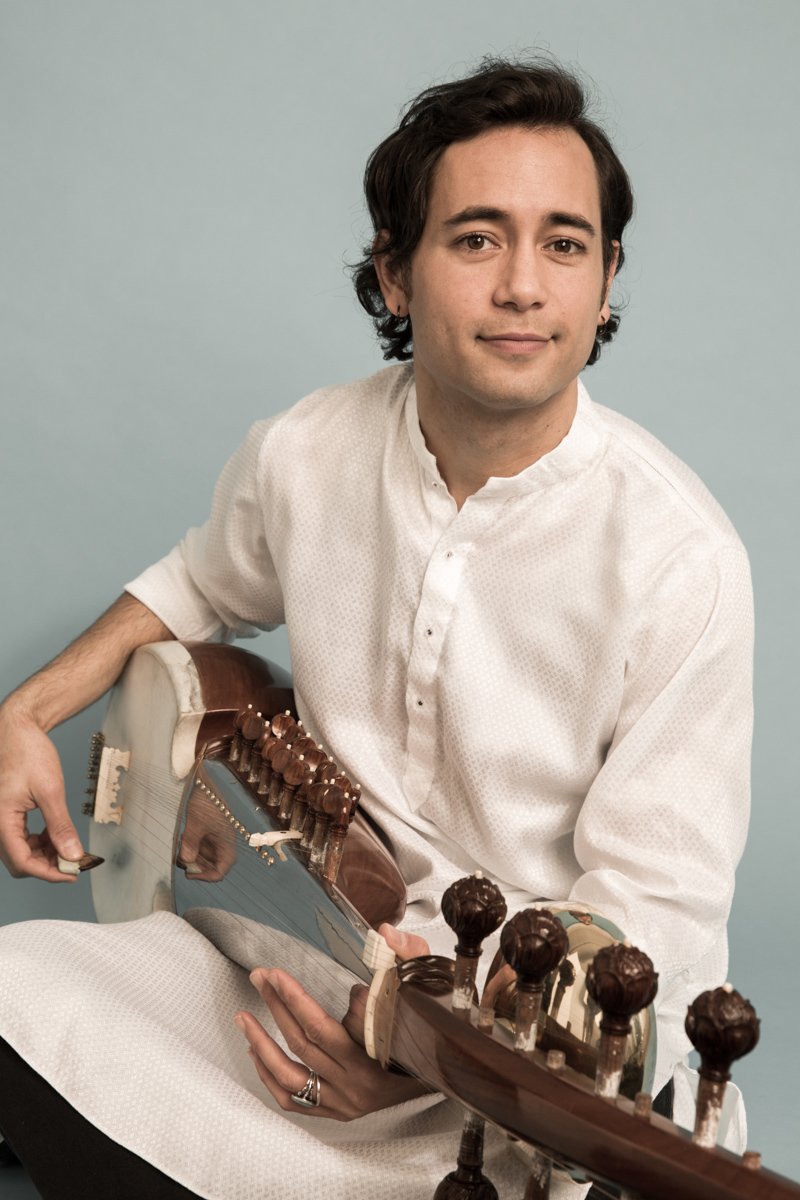